Opinions are divided when it comes to Japan’s current Constitution, issued during the U.S. Occupation of 1945 -52: Is it an American imposition that unfairly refuses to recognize the nation as a “normal country” or a precious war-renouncing document that reflects Japan’s unique status as the only country to have experienced the horrors of a […]

Zen’s sudden awakening to the truth beyond reason, beyond language

Rabbi Zusia tramped through his native Poland — this admittedly is an odd way of introducing a story about Zen — collecting money to ransom Jews unjustly imprisoned, victims of the rampant anti-Semitism then prevailing. At a wayside inn he saw birds in a cage. Zusia, simple soul that he was, promptly freed the birds. […]

The Gate is the Body

By: Malena Saenz – Bujinkan Shodan Translation: Nahir Muratore Since I’ve started training Ninjutsu, I see in the ninja the perfect opportunity to display the feminine power. By approaching this Japanese martial art new questions arose in me: What can women do in a physical attack? When facing a symbolic or verbal attack, we have […]

The eightfold path First, we’ve beent taught that Life is suffering and that the origin of suffering is egoistic craving and attachment. But, there is a way to the cessation of suffering. And this way is the Eightfold Path: Right Understanding;Right Thinking;Right Speech;Right Attitude;Right Livelihood;Right Effort;Right Mindfulness;Right Concentration The Four Noble Truths (Sanskrit: catvāri āryasatyāni; Pali: cattāri ariyasaccāni) […]

The essence of all Martial Arts and military strategies is self protection and the prevention of danger. Ninjutsu epitomizes the fullest concept of self-protection through martial training in that the Ninja art deals with the protection of not only the physical body, but the mind and spirit as well. The way of the Ninja is […]

The inexplicable mysteries in the Ninja Art

“…Takamatsu Sensei used to speak of gods as “inexplicable mysteries” and these inexplicable mysteries can manifest themselves in reality when one practices these nine arts. And at some level of awareness, there is a kind of communication— I don’t know how—with some presence in the universe; and it is at the behest of some being that I, for example, […]

What are the important aspects of training?

“…If you know only one aspect, you lose the ability to see and know yourself; if a person practices only the techniques of his (or her) martial art, as he improves and becomes more skillful, he builds up an inflated illusion of his own ability and of himself. People losesight of their own, and their martial art’s, shortcomings. This […]

This text is an extract of the written tradition in the schools included in the Bujinkan, which came along throughout the generations to Soke Hatsumi, in this case, the Yagyu Munenori’s Heiho Ka Densho. Here, there are references to unavoidable concepts for everyone who pretends to face the challenge of going through a martial way. […] 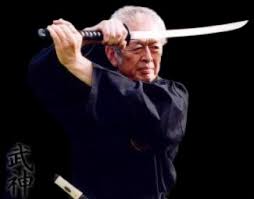 Aquí publicamos una nota realizada por Akira Hino del Budo Institute, traducida al inglés por Garth Lynch At first, since there are some people who don’t know about Bujinkan Soke Masaaki Hatsumi, I will briefly introduce him. Hatsumi-Soke started on the martial path in his youth. Including a godan in Kodoukan zyudou (altogether having over […]

Entrevista: Last ninja ‘Be able to kill your students’ 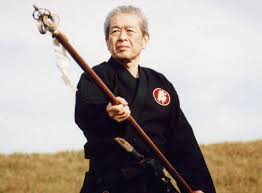