Since I’ve started training Ninjutsu, I see in the ninja the perfect opportunity to display the feminine power. By approaching this Japanese martial art new questions arose in me: What can women do in a physical attack?

When facing a symbolic or verbal attack, we have developed different strategies of resistance and struggle, but when physical aggression appears, it is difficult to maintain the combative tone. If a man attacks us, can we do anything else than screaming, crying, hitting him with our little fists in the chest? When and where does the aggression end? Do we depend on the aggressor’s will to survive? Is there any way to defend ourselves against such unequal physical strength?

In order to answer these questions from Ninjutsu’s point of view, it is necessary to separate the ninja of all movies´ stereotypes. Because he bears no resemblance to that brave warrior who is always ready to fight and to die with honor. The ninja or shinobi is elusive and avoids confrontation as much as possible. He has a mission that guides all his actions and all he wants is to fulfill it and leave, he doesn’t try to prove his value to anyone, let alone to die with honor. He values life as few other things, what he wants is to survive. To fulfill his task and finish it alive, he uses the art of dissimulation, of appearance. He is Diego de la Vega, “the more people think I’m fearful, weak, impressionable, the better for me”.

The strength of a Ninja doesn’t just come from muscles. The shinobi takes the strength from the ground, from gravity, from his opponent, from the environment. With the correct posture, a good bone alignment and a precise hit on a vital spot, there is no opponent too big, strong or dangerous.

Within the ninja clan, women had a special place. They were referred to as kunoichi. Their beauty and vulnerable look gave them access to battle places where men could not dream of. Perception and intuition were key weapons to manipulate the enemy. They were precise in the attack, managed like no one else those little trigger point buttons of the body, and often outstripped men in flexibility and lightness. They did not measure their strength against male opponents, they didn´t play to be equal in that regard. They wanted to survive, like everyone else, and they did that by developing their strengths and knowing their weaknesses.

For three years, I have been training Ninjutsu in Bujinkan, a Japanese school of martial arts. I was never interested in martial arts, I had never seen a ninja, not even in YouTube, but my younger sister had started training and after a while I noticed something in her, some inner order, some clarity that made me get closer. I took a 25 years old body, sedentary, weak and contracture. I took a lot of fear of hurting someone and of getting hurt. I took stagnant ideas about how everything should be in the world, about what everyone should do. I complained quietly every time something did not meet my expectations. I went in carrying this huge Stone and, pick and shovel in hand, I began to carve it.

Ninjutsu is not a self-defense course. They do not teach us tricks to defend ourselves, they transmit us a martial tradition of more than eight centuries old. The kanji Nin could be translated as endurance or perseverance, but it also refers to what is hidden, secret, furtive. If it is broken down into the two ideograms that form it, the kanjis sword and heart appear. The sword is over the heart. It remembers us the importance of self-control, the need to dominate our body and mind.

This world is not accessed through reflection or the study of the East: the gate is the body. If we can´t know, mold and control something as concrete as our body, we have very little chances to do something similar with the mind. We learn to roll, jump, climb, to do a handstand and a cartwheel, to fall to the ground without smashing our face. Behind each goal achieved, there is always another one more ambitious: somersaults, blindfolded rolling with weapons, one hand cartwheels, without the other, with no hands. We look for a prepared body, with all its possibilities activated. A body capable of escaping danger or facing it.

We learn more from pain than from words. It is necessary to know how does a blow feel in order to apply it correctly, i.e. according to my intentions: Do I want to scare the other person? Do I really want to hurt him? Do I want to immobilize him for a while? Knowing your pain threshold is to know yourself, and it is important to hold on and play down the pain in order to act and react in spite of it. By knowing and enduring the pain, the threshold expands and together with it our ability to resist.

Besides the body, we learn to fight with weapons: swords, knives, sticks of different sizes, ropes, sharp objects of the size of a thumb. The most interesting are the kakushi buki, the hidden weapons. They are not hidden because we hide them, but because they are not really weapons, they are everyday objects that can function as such: a chair, a pen, a bunch of keys, a belt, an umbrella. What turns these objects into weapons is the trained look of the shinobi, his or her ability to use them, so in the eyes of others they remain hidden. There are no Ninjutsu tournaments or competitions, it is not a sport, it is about self-preservation, the protection of the body, first, but also of the mind and the spirit.

In these spaces I seriously began to consider the possibility of defending myself in case of an attack. I learned that the hit has to be accurate and in those areas of the body that make any men cry. That it’s useless to hit the chest, the stomach or the arms, that men endure it easily and some even get more aroused; and therefore, their strength is enhanced. I learned the importance of nails, those ten little knives that we have incorporated and that make that the other person’s hand to get lose, that make their eyes get close, that can buy you the most valuable second of your life. I learned all that, but I also learned that this is not enough.

Ninjutsu is not as simple as knowing a few movements. The techniques are very difficult to implement in real life; even in the Dojo, the place where we train. We practice these techniques on a rubber mat with an instructor who takes care of us and partners who respect us, knowing that the attack is coming and from where it is coming, and even yet it is not easy to apply them properly. Men are strong and not only ninjas want to survive. They won’t pass out for a nail in the balls. It is not so easy to reach anyone’s balls. Nobody is going to stand still waiting for our attack, opening their weak spots, giving us time to think. And that single knock, however accurate it may be, must be accompanied by a perfect bone alignment. Even though only a fist or some fingers impact on the other, it is the body what is behind each hit. Muscle against muscle you’ll beat me, for sure; but if I put all of my body against your wrist, my chances increase.

In Bujinkan, we learn that defense starts long before we have a fist coming towards our face. It begins with the intuition, with the perception of danger. And this does not mean at all to be scared, to hide, to stop going out at night, to avoid wearing skirts or to travel with someone, i.e. a man, because travelling with other women is seen as if you were travelling alone. It involves activating our instincts and trusting them. To observe what surrounds me, to be always alert, always slightly aware of what is happening around me. Alert is not alarmed, it is another thing. It is to perceive my surroundings while I am focused on what I’m doing. It is not simple. But it can be trained, and progressive improvements can be achieved.

Calm is also trained. This is the reaction that must replace panic when facing danger. With a calm mind, we can explore the ground and accommodate the situation, as far as possible, to our advantage.

Thousands of objects in the street and at home can become weapons, and a close look at our opponent can help us to anticipate his intentions and movements. There is no mystical speech that can train the calm. It is trained with the body, putting it in motion, exposing it to uncomfortable situations: jumping, rolling, getting hit, attacking. There is when fears and phobias appear, the “I cannot do it”, the cluster of excuses to avoid doing what we can perfectly do. Each person has its own, and I perfectly know mine. There are hits that I can’t stand, there are jumps in which my chest closes and I can feel my heart pounding in my neck. Sometimes I’m in no mood to confront them and I strive not to cry. But other times, when I manage to make some progress in overcoming any of my obstacles, I go home happy, tired, sweaty, and I wonder how many other things, so terrible a priori, are actually easier than I think.

I know that martial training is not just about physical defense, and I imagine that there must be other ways to deal with the threat that women live every day. But it is also true that it makes me feel relieved knowing that my sister trains hard, and that, in a dangerous situation, she has at her disposal a certain amount of tools. I’d love that my friends, my cousins ​​and my students also do so. It is for them that I’m writing this actually, for every woman, but first of all for them. If we are faced to danger in an everyday situation, I hope we have our perception alert to run, a calm mind to find the best way out, the skill of a well-aimed hit, and the assurance of a well trained body.

All of this as we reeducate our society. As long as we don’t naturalize daily abuses, even the slightest ones, even the most accepted ones. Defense starts long before we have a fist coming towards our face. Let’s take a look around, it has already started. 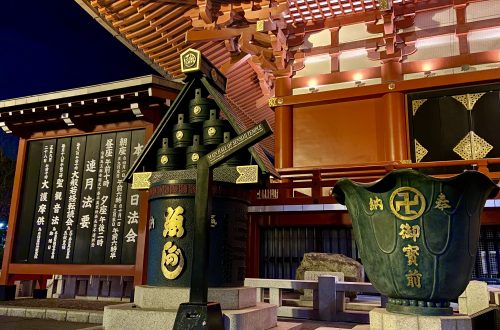